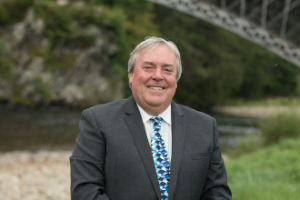 A graduate in Modern Languages from the University of Glasgow in 1981, Malcolm Roughead joined VisitScotland as Director of Visitor Engagement in 2001 from Guinness World Records, where he was Global Sales and Marketing Director and held a number of senior marketing positions over a 17 year period with Guinness Brewing in Africa, Europe, the Middle East and North America.  He began in marketing at Nestle, followed by Beechams.

Malcolm has been responsible for the repositioning of Scotland as a leading tourism destination.

In September 2010 Malcolm was appointed Chief Executive of VisitScotland.

VisitScotland is the national tourism organisation for Scotland. Our main aim is to contribute significantly to the sustainable and inclusive economic, social and environmental advancement of the Scottish visitor economy by positioning Scotland as a leader in 21st Century tourism across the globe and working with the industry to deliver against the new Scotland Outlook 2030  strategy.

We work closely with individual businesses, Sector Organisations, public agencies, local authorities and other tourism stakeholders to help ensure that our competitive strengths are harnessed so that Scotland’s potential is realised .

Pre-Covid 19 the visitor economy was worth £11.3 billion to the Scottish economy employing approximately 220,000 people across the length and breadth of Scotland and its islands.

Post-Covid our task is to regain the momentum developed and assist the industry in its recovery.