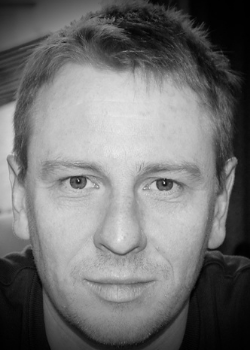 Sam has considerable experience in strategy, government, consumer advocacy and utilities regulation. As Director of the Customer Forum he helped ensure that the Strategic Review of Scottish Water was founded on the needs and aspirations of customers and communities. He is also a member of the Scottish Government’s Energy Advisory Board and Scottish Power Energy Network’s Customer Engagement Group.

Previously he was Head of the Consumer Futures Unit, working with government, regulators and business in the energy, water and postal industries, to design policy and practice around consumers’ long-term interests. He has worked in corporate affairs roles in start-up tidal power companies and as a political commentator on broadcast and in print media.

As Senior Special Adviser in the Scottish Government between 1999 and 2007, he headed the special adviser teams of successive Deputy First Ministers, developing and negotiating the coalition government’s strategy and policy. Prior to that he worked in a corporate communications consultancy, on the successful Scottish devolution referendum campaign in 1997, and as a researcher in the House of Commons.

What is the value of water? The question’s brevity could be met by an equally simple response: it’s essential to life.

Yet recent research carried out in Scotland suggests that there could be a lot more to the way people value water than first comes to mind. It points the way to improving consumer trust, confidence and value by engaging people in deciding the long-term strategic objectives of Scottish Water.

Like other UK water companies, over the last two decades Scottish Water has consistently worked to enhance the quality of water, and wastewater treatment, while increasing cost efficiency and reducing real terms prices for consumers. Indeed, in February 2021 the UK Customer Satisfaction Index rated it as the top water company for service.

But does a primary focus on cost and service performance targets have limitations? Can more be done to meet the long-term expectations of consumers?

The answer to both is yes.

Over the next few decades, the water sector will face different challenges to those of the recent past, from ageing infrastructure to the impacts and causes of climate change. There is no quick fix to these problems. A long-term strategy is necessary to address them.

But what about the human factor?

As a public service, funded by bill-payers, Scottish Water must be trusted by the public to meet their needs and work to achieve their aspirations for the future.

Research for the recent Strategic Review of Charging (SRC) indicated that people had only a limited awareness of their water service. They turn on their taps, water flows out and they like its taste. They notice if Scottish Water digs up the road outside their house, or if their water supply is interrupted. Otherwise though, like the pipe network itself, Scottish Water lies largely below the surface of public consciousness, a silent service.

But there was more. Our research revealed real potential to forge a stronger bond between people and their water services.

When they were engaged in how water reached their homes, and how wastewater was dealt with, people were not only interested, but they had clear views on what the industry should be doing for the future, and how it should be done.

People want the quality of their water and wastewater services to be maintained despite the need to invest more to tackle the problems posed by extreme weather and ageing infrastructure. They want the water industry to be a positive force, notably in tackling the climate emergency. And they want to know they were getting value for their water charges.

What people meant by ‘value’ was not limited to monetary considerations. They wanted to see Scottish Water contributing to the broader public good wherever practical, taking on a pioneering role as a corporate citizen of Scotland. Examples raised during research included improving access to Scottish Water’s land and other assets for leisure, the provision of top-up taps and providing swimming lessons for children.

This is not a one-way street. Greater understanding of their local water environment and services made people open to changing their behaviours to protect and improve them. This could include avoiding putting the wrong things into the system, to managing rainwater and using water efficiently, making it easier to maintain water and wastewater systems.

Building a long-term strategy around consumers’ needs and aspirations has prompted a determination in Scottish Water to transform its ways of working. It should help Scottish Water succeed in the short-term and the long-term, developing a relationship of shared objectives and mutual benefits with its customers.

By the conclusion of the SRC process it was clear that the more people understand about their water and wastewater services, they more they value them. And the more they are engaged in those services, and in caring for the water environment, the more there is that can be achieved.

It will be a silent service no more.